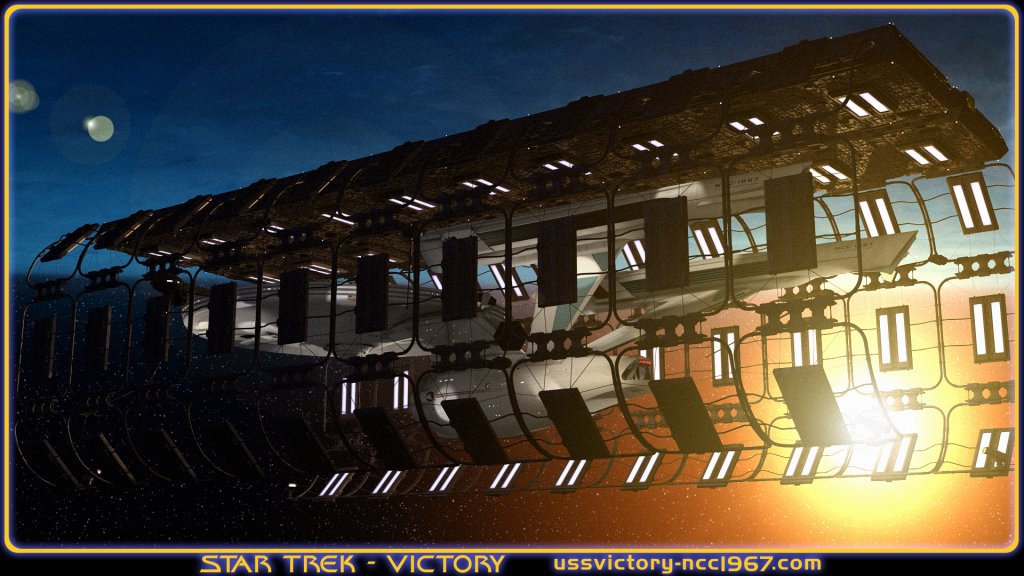 The year is 2392, and Captain Charybdis has stolen her starship to catapult into the future, on a mission of which Starfleet would never approve if they knew of it, yet is vital to the survival of the Federation. Or so believes the renegade captain. 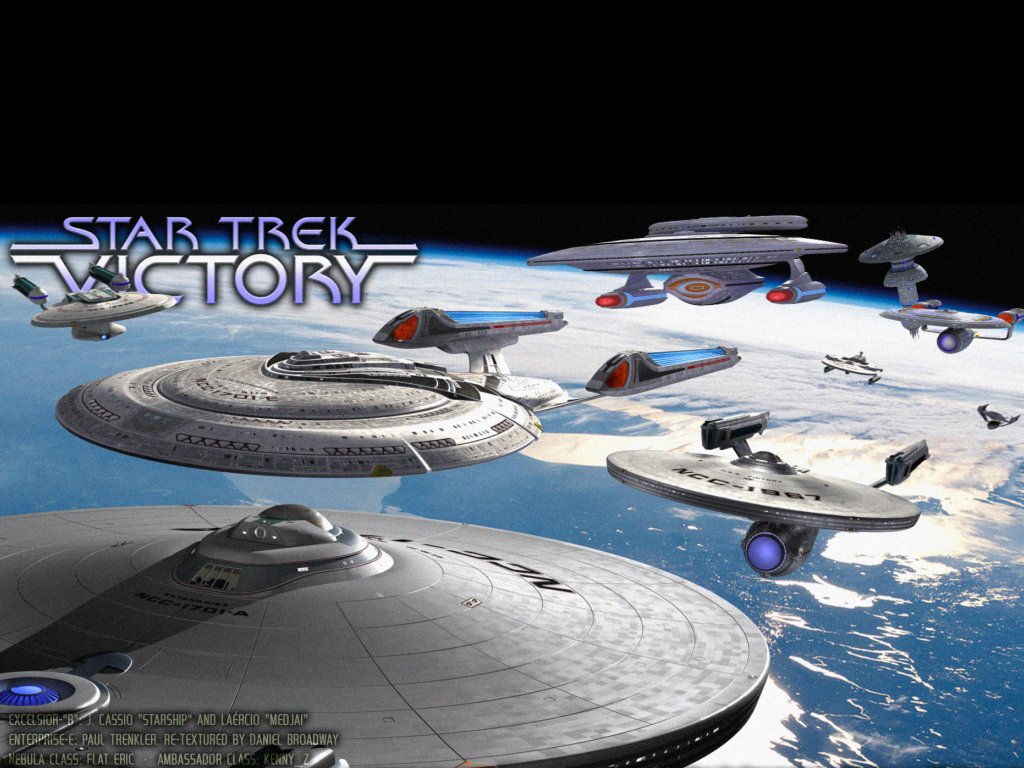 With no supply lines and a skeleton crew, the crew of the Victory are making the best of their situation, and improvising solutions to their problems on the run. After all, according to the temporal prime directive, if they are caught by Starfleet in the 24th century they will be trapped here forever. Collecting data, they are working to gain knowledge of the Tal Shiar's experiments that have seized control of the Starfleet in their own time. The commander of the Victory has a mad and daring plan- but first they will need to steal a few spare parts, bounce about unpredictably in time then make a seemingly suicidal surrender to Romulus on the eve of of her destruction at the hands of the Hobus supernova.

Playing fast and loose with time and space itself they've struck out on their own. The crew of the USS Victory is playing a dangerous chess match with the universe, with unexpected allies and enemies abounding. Wanted in their own time by the Romulans and the Federation, being pursued by the Bureau of Temporal Investigations and facing court martial at every turn should they fail, the crew of the Victory are walking a tightrope over some considerable dangers. One misstep and it could all fall to ruin... but if they succeed then they might just save the United Federation of Planets.

Or were they predestined to do so...?

She will always need sentients of honor, courage and integrity to maintain their watch. Will you join this noble crew? 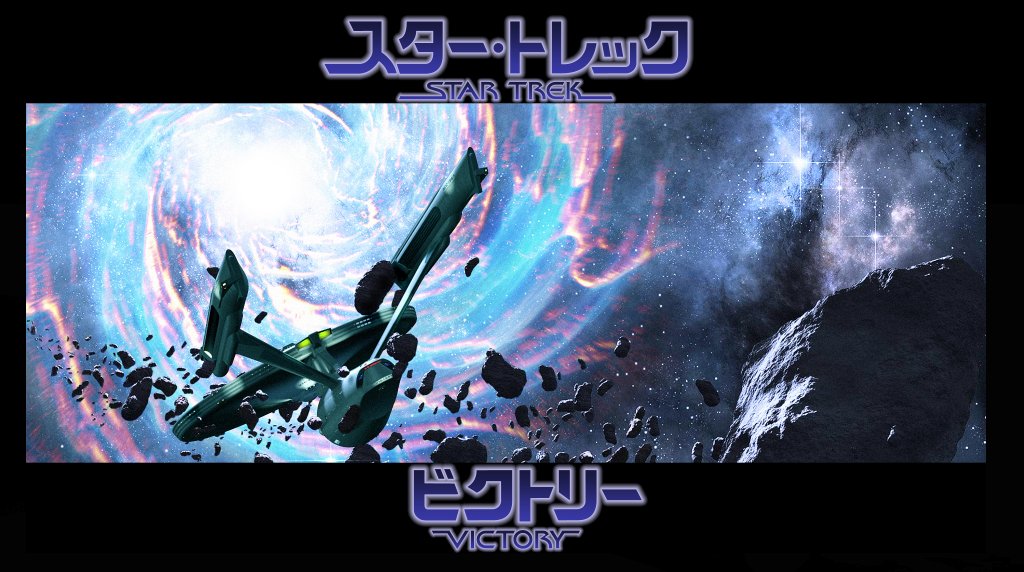 Minor hiccup knocked us offline for a bit there, but we're back. More reruns yet to come, and eventually we'll even make it to the Victory era. For now I'm just glad we're back online. 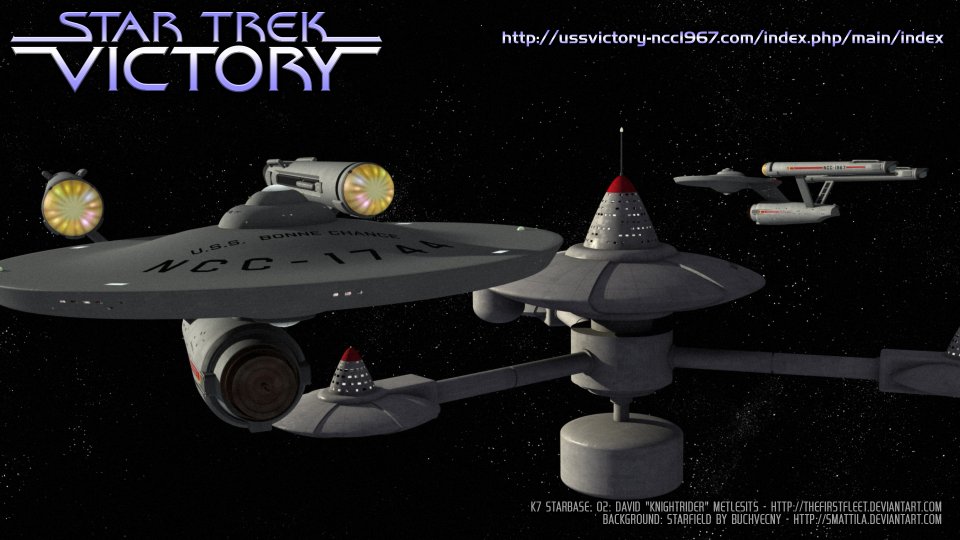 Siivas and the medical staff, along with contractors and family, were almost literally ripping sickbay apart. Qurka was working with the technicians on the newest version of the biobed IMC had created, the Victory would be the first "public" clinic in which it was trialed. As she…

The Deltan Cruiser Eleganza approached the Victory in spacedock a thousand kilometers off the port bow. As she arrived, she sent a tightbeam signal to Victory and received the appropriate response. A moment later, Andurean called the captain.

Maur reappeared in Engineering, arms loaded. "Vanlith! Where you at, son!"

He was grinning ear to ear and just plowed through the work teams, station and crew, headed for the largest open area in Engineering, that broad space in front of the warp core. "Lieutenant Vanlith, we got work to…

Andurean walked into her ready room without so much as a knock, a chirp or anything. The door slid open, he stepped inside, then it closed behind him in the face of a line of yeomen that had been standing there waiting for the signoffs to start the morning. He…

The statistics were solid... she had reproduced it faithfully from the blueprints that had been provided, and then she had set to analyzing it. Commander Scott had burned out a number of systems when he had jammed it into the Enterprise and forced it to…